Following a two-year hiatus enforced by the pandemic, Dream Foundation hosted its 11th Annual Flower Empower Luncheon on May 12th in the courtyard of the Santa Barbara Historical Museum. The event raised vital funds for the program and honored the devoted donors, volunteers, and flower professionals that support the program, which delivers bouquets, cookies, chocolates, and cards to people in cancer centers, hosices, and their homes every week.

KEYT’s former chief meteorologist and longtime program supporter, Alan Rose, and one of the program’s youngest volunteers and supporters, Brooks Firestone, welcomed guests into the magnificent garden of the Santa Barbara Historical Museum. Both Rose and Firestone served as emcees. A silent auction which included Bliss, an original piece by artist Laina Miller, Santa Barbara Film Festival VIP tickets, and a plethora of other delights, a wine pull, bouquet making station, and an opportunity drawing that included an El Capitan Canyon getaway, a beautiful necklace by Waxing Poetic, and an exquisite Westerlay Orchid display kept the attendees engaged until Seasons Catering presented a whimsical spring luncheon. Honorees were presented with a stunning engraved vase filled with flowers by Flower Empower Program Coordinator, Valerie Banks.

The luncheon continued with Flower Empower Volunteer Speaker, Kira Duffy. Now a senior at Dos Pueblos High School, Kira has been volunteering with her mother, Jennifer Gillon Duffy, since the fifth grade. Her touching words reflected on years since passed and how the program’s mission and meaning will stay with her always. A treasured member of the community and the Flower Empower program, Tara Haaland-Ford, was remembered by all. 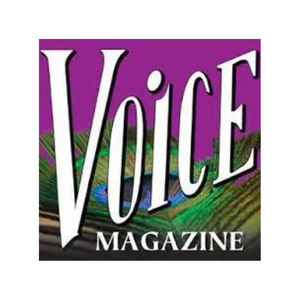