In 2016, Jim Mills was informed by doctors that his 53-year-old wife Leeanne Mills’s ocular melanoma was no longer treatable ​— ​she had, at best, around a year to live. The news was devastating for the couple, who’d been married for 29 years and had five children.

“As anyone who has ever lost a loved one knows, it changes your life,” said Mills. “We had a very special marriage. We were as in love at 30 years of marriage as we were during the first year.”

They quickly were dealing with more than just a medical condition. “Illness, it strips people of their identity,” said Mills. “You’re taken out of your home, out of your clothes, and stuck in a hospital where you’re poked and prodded. Terminal illness is even worse because you realize you’re never getting that life back.”

While in the hospital in Philadelphia, a social worker told Jim and Leeanne about Dream Foundation, an organization that puts together trips and helps fulfill wishes for terminal adult patients with less than 12 months to live. Jim had worked in the U.S. Navy on submarines for 21 years and moved the family 19 times to 11 different states. That included Hawai‘i, which they’d always planned to visit later.

“But because of Leeanne’s health, we couldn’t make the trip all the way to Hawai‘i,” said Mells. “We wanted to go somewhere with both mountains and ocean, and Dream Foundation gave us the next best thing, which was a four-day getaway to Santa Barbara in 2016.”

During their time here, Jim and Leeanne enjoyed the beach, explored downtown, and stayed in a beachside villa at The Ritz-Carlton Bacara. “When you’re in a hospital, you’re doing all these tests and diagnoses, getting poked with needles all the time,” said Mills. “To open your window in the morning and look out at the ocean ​— ​it was so peaceful.”

It was a critical experience. “Dream Foundation gave us something very special, which is that instead of being a family dealing with a terminal illness, we got to just be Jim and Leeanne again, like we’d been for all those years,” said Mills. “For a few days, our lives weren’t defined by cancer.”

Leeanne died in August 2016. Since her passing, Jim has worked to find a constructive way to honor her life, which led him to work with the Dream Foundation, helping others and telling his story to those considering supporting the foundation.

“At this really dark time, Dream Foundation injected some light into our life,” he explained. “Anyone who knew Leeanne knew she was a giving person. I wanted to do something with my life to help people who had been in our position, and I thought that was a good way to create something positive out of this really tragic experience.”

Their Dream Foundation experience reverberates to this day. Said Mills, “I feel her whenever I’m working with someone going through what we went through.”

Look for the Helpers: Food truck, flowers, snacks and smiles 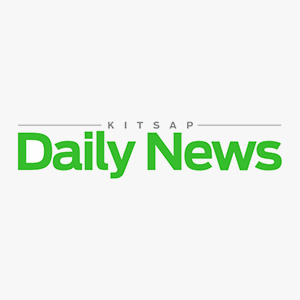