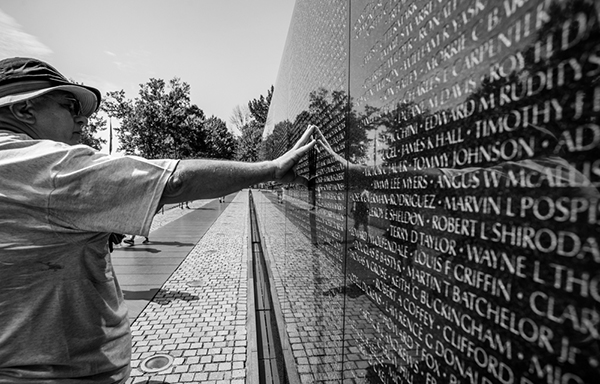 John, a U.S. Air Force veteran who served for four years, dreamed of visiting the war memorials in Washington, D.C. with his friend, caretaker, and fellow Vietnam veteran, Ed. John remembers seeing fallen veterans during his time in Vietnam and says that even though he will never know their names, he would like to connect with them by touching the Vietnam Veterans Memorial Wall.

John and Ed were also honored for their service and presented with Vietnam War Commemoration Pins* at the Vietnam Veterans Memorial Wall by James McLaughlin, Honor Flight chairman of the board.

*Please note that Dream Foundation is not part of, or endorsed by, the Department of Defense.